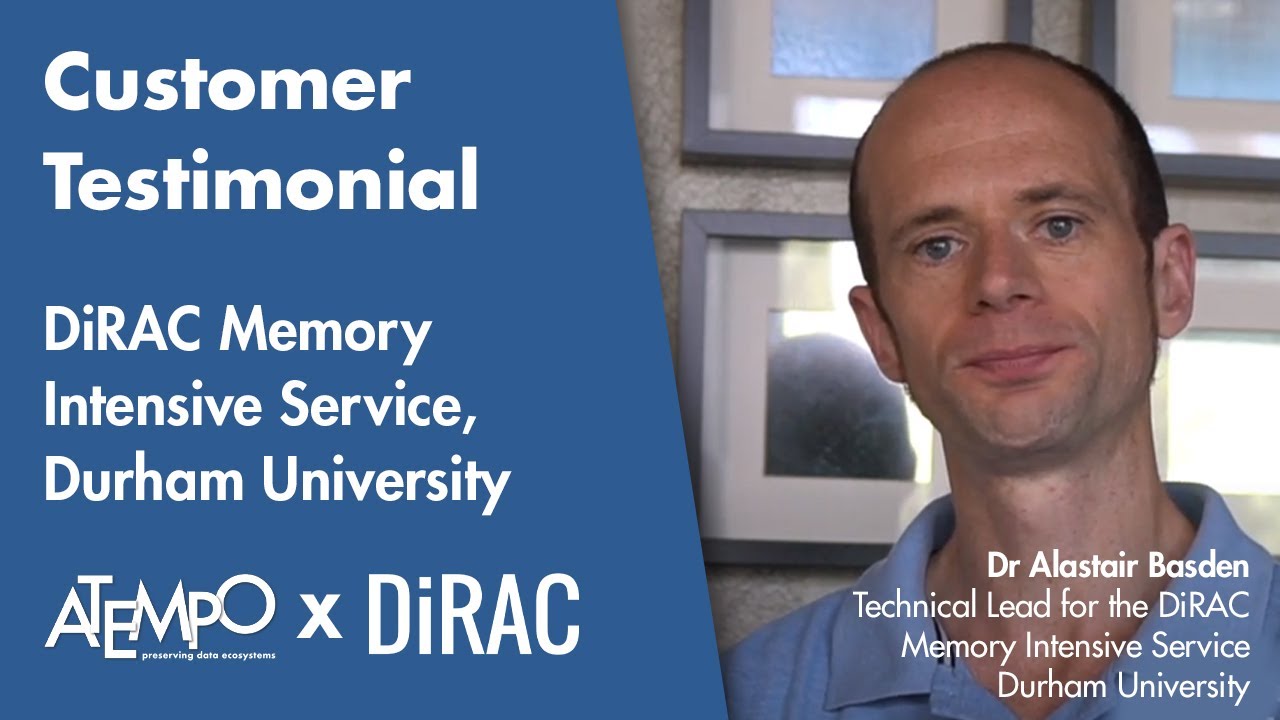 Why do you need archiving data?

Preservation of your data. It cannot be stressed enough: file archiving is about keeping the last copy of the data over time. Whether it is for 5 days, 10 months or more than 30 years, its objective goes far beyond a simple backup!

Active Archive, that is to make a project snapshot while keeping your data accessible.

» Find in this video, why DiRAC, the UK based HPC distributed research center uses archiving of their petabyte data sets.

It's all about preserving critical file-based data sets

Our solution is adapted to business users needs. And that makes all the difference in the world.

8 keys capabilities that highlight the strength of Miria for Archiving:

SECURE DATA FOR ANY PERIOD OF TIME

Miria for Archiving offers multiple modes for archiving data: from fully automated or scheduled process, to manual drag-and-drop archiving initiated by an end-user.

Both modes support collecting data to archive on an object storage or on any file based shared storage or NAS server. In both modes, archived data can be enriched with metadata. A large choice of target storages is available (disks, cloud, tape) and combining several of them in a single operation is also an option.

Integrated into the end-user desktop, Miria for Archiving client interfaces enable users to archive fixed content data by a simple drag and drop into the archive folder of their choice.

With Miria for Archiving, data can be archived into personal or shared folders.

Administrators assign access rights according to company policies. It is simple to grant or revoke access to a specific archive.

All archives are in open format, whether it is on disk (1 for 1) or on tape (TAR, LTFS), assuring its future accessibility.

Miria for Archiving indexes information based on the metadata it receives from different sources, providing an enhanced search capability within long-term archives.

Whether users need to consult an archived file for reference, or to bring back archived data, searching and retrieving information is fast and straighforward.

Built on a robust and proven platform, Miria for Archiving offers tremendous scalability.

With this solution, thousands of users can perform ad hoc archiving, and organizations can seamlessly manage petabytes of archived information for long periods of time.

It integrates into all workflows that need performance and open, scalable formats, while freeing you from storage lock-in. 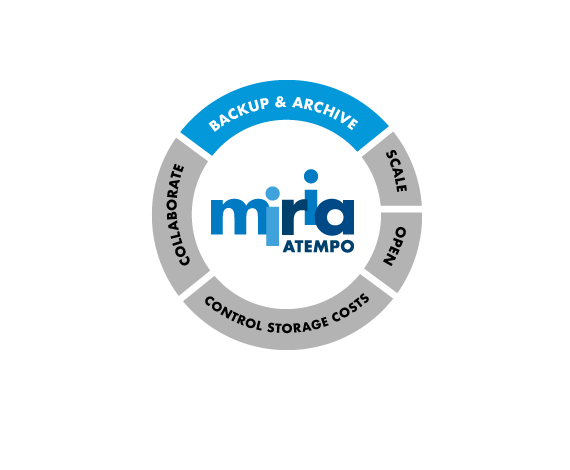 Miria for Archiving allows cost-effective growth management for file-based data, particularly for data-intense industries. The same tool for all backup and archiving requirements. 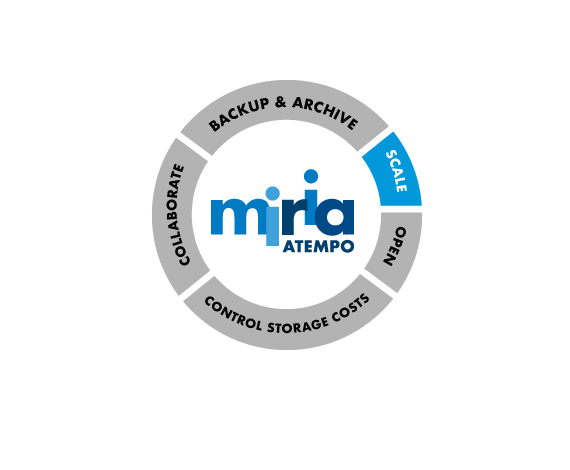 Miria for Archiving grows and scales to adapt to your data usage. Add additional disk, tape and object storage without impacting your current workflows 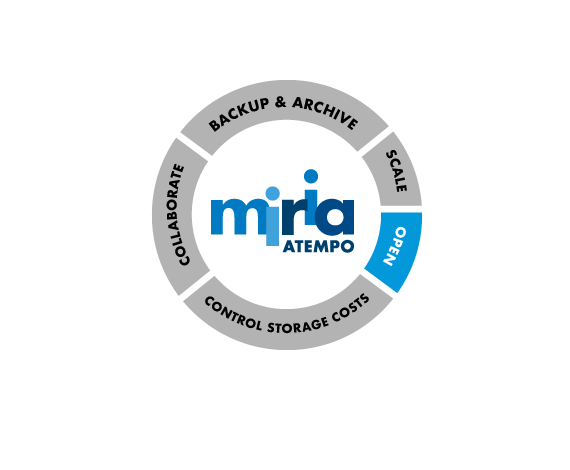 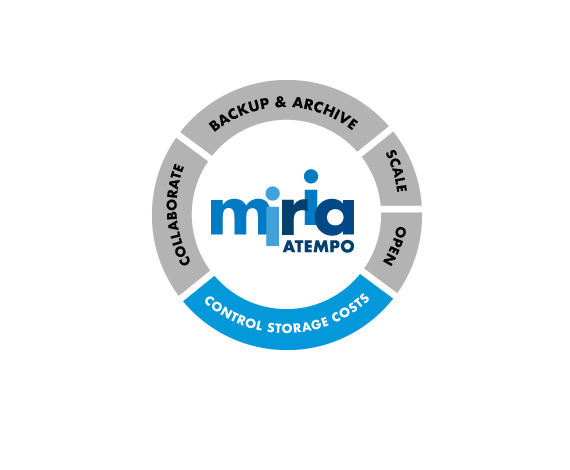 Advanced reporting and analytics mean you control your storages and not the other way around. Move data from primary to secondary or cold storage to make additional savings. 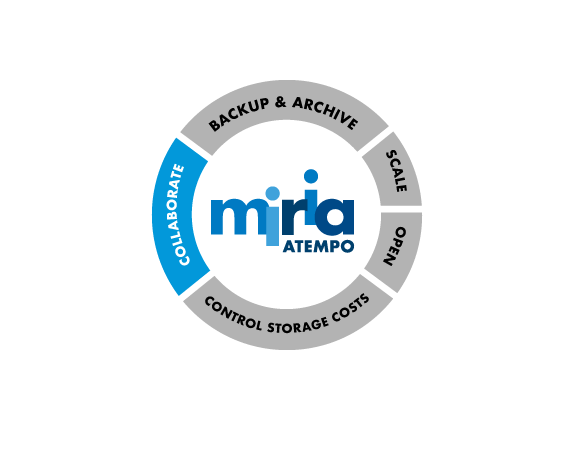 Collaborate Between Sites and Departments

Workflows and assets can be created, edited, moved and stored on any number of site locations. Miria for Archiving lets you concentrate on what's important: the data.

Collaborate Between Sites and Departments

I wanted a solution in which i could entrust all my customers’ data. I researched the market and selected Atempo. The solution can automate all the features that I require and it is reassuring to know so many American media and entertainment leaders are using it.

Atempo for me has always kept pace with our requirements and business growth. It is a powerful solution which scales well. The reporting is perfect to keep our customers informed of the data we archive for them.

Atempo enhanced the NFB’s post-production workflows by ensuring data integrity and giving quick and easy archive access to end-users to search and retrieve productions from our collections.

National Film Board of Canada

Request a demo: Miria for Archiving

Atempo collects and uses your personal data very sparingly. By clicking on "Accept", you accept the use of Atempo and third party cookies as well as other similar technologies to improve your browsing experience, analyze and measure your engagement with our content. Find out more about our cookie policy. You can also modify or remove your cookie-related consent at any time by using the cookie settings icon located at the bottom right of your screen. As a side note, you can also manage your contact preferences to partially or totally unsubscribe from our communications.
Accept
Cookies Settings
Cookie Box Settings
Cookie Box Settings